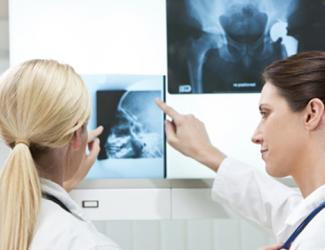 Scientists have developed lab-grown cartilage, which could one day eliminate the need of hip replacement and other joint surgeries among younger arthritis patients. Scientists behind the development have said that the cartilage has not been tested on humans till now. Also, it would be too early to know any of its side effects.

Irrespective of all these facts, scientists have affirmed that the cartilage is beneficial. The cartilage is partially artificial, as it includes stem cells from patients and the synthetic scaffolding would end over the time and only human tissue would remain.

Lead researcher Bradley Estes, Vice President of research and development at Cytex Therapeutics, Durham, said that the implant is meant for arthritis patients who are too young to go through hip replacement surgery.

Estes said that the implant is promising as it will not only replace the damaged tissue, but would also tackle inflammation capable of destroying the new tissue. For now, not many treatment options are available for arthritis. The gap is even more present in active, young patients who are below 65 years of age.

But he thinks that it may take time before the technology gets translated to the clinic, because of factors including demonstrating safety and efficacy in animals and humans.